Dr. Arash Hadipour Niktarash is a neurologist and epileptologist with double-board certification in neurology and epilepsy. He received his MD degree in 2003. His earlier clinical and research work, during his medical training, was focused on the modeling of basal ganglia oscillatory activity in Parkinson’s disease. Subsequently he joined computational motor control lab at Johns Hopkins University where he completed a two-year postdoctoral research fellowship working on Transcranial Magnetic Stimulation (TMS) and human motor learning. This was followed by a two-year postdoctoral research fellowship at Emory University working on extrastriatal dopaminergic system in Parkinson’s disease using basal ganglia single-unit recording.

He completed his residency in neurology at the University of Chicago, in 2013, where he also served as a chief resident during his last year of training. In 2013 he was a recipient of National Institute of Health (NIH)R25 research scientist grant. He then went on to complete two years of subspecialty training in epilepsy and clinical neurophysiology at Massachusetts General Hospital, Harvard medical school. During his fellowship at Harvard medical school, in addition to the clinical epilepsy training, under NIH R25 grant, he worked on functional network dynamic in epileptic hippocampus. 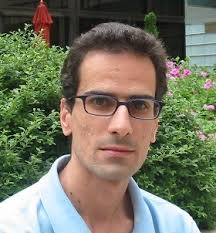 After completing his epilepsy fellowship, He joined the faculty at University of Colorado and Denver Health Medical Center as assistant professor of neurology and epilepsy. Dr. Hadipour Niktarash has more than 13 years of experience in patient care and medicine. As a neurologist and epileptologist, hisclinical experience and responsibilities have included medical education and a wide range of clinical services including outpatient general neurology, inpatient hospital neurology, and epilepsy. His clinical services in epilepsy have covered various aspects including, but not limited to, epilepsy monitoring unit, phase-II pre-surgical evaluation, epilepsy surgery, Responsive Neurostimulation (RNS), Vagus Nerve Stimulation (VNS), critical care EEG monitoring, and intraoperative neurophysiologic monitoring.